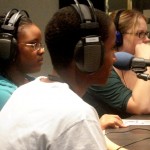 Six youth (ages 14 to 20) discuss the economy, health care and personal outlook for the future... 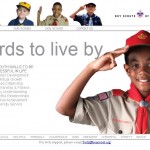 It's Scouting round-up time! The Greater Pittsburgh Council Boy Scouts Field Director, Joe Milhacic, pays us a visit--along with several area scouts--to talk about the programs offered and how you can get registered as a scout or volunteer. Boy Scouts of America isn't just for boys anymore! Our guests also share information about their co-ed program, "Ventures."

September 19, 2009 – 1:29 pm | 1,719 views slbradio Neighborhood Voices user
Benjamin Wagner joins us to talk about the making of this film and share some of his personal memories of this much beloved Pittsburgh native. 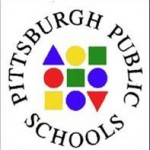 The cast of Aladdin, now at The Gemini Theater, are LIVE in the SLB studio for a sneak-peek of opening night and this season’s other upcoming productions.

Newly published young author, Hassan Howze, stops by to talk about his book: "Life Tips: Everything a Child Should Know." Hassan is a freshman at City High Charter School and lives in Pittsburgh's Hill District. 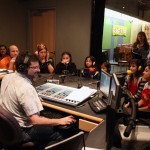 The Saturday Light Brigade airs live from 6 am to noon Eastern on Saturday mornings. SLB is available to non-commercial radio stations in weekly free-standing increments of one to six hours for live or time-delayed broadcast. A variety of program distribution technologies are available.

Tashaya Brown, Ny'Azsha Eyth and Kennedy Rainey will read their winning essays and talk about why they participated in Dinwiddie Community Alliance "Who is Your Hero Essay Contest". Marlene L. Jackson also joins us. 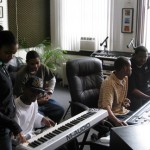