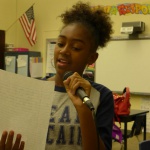 It was the first real snow accumulation of the season and with the majesty and excitement of the first snow, we asked Propel Pitcairn students to imagine a wild hypothetical in which they must survive being snowed inside the school. Though all parties agreed that they were going to need heat, the other necessities (and means of escape) spanned a long and creative expanse! 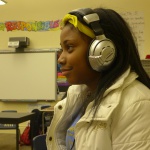 Students at Propel Pitcairn After School were asked to dream up a monster that lives behind their school. What would it do? What would it eat? How did it come to be? 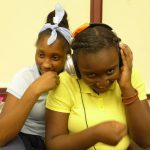 Helping others. Leading by example. Being responsible. There are a lot of different qualities that go in to being a strong role model - and that's not lost on our Radio Club students at Propel Pitcairn. Find out who inspires these after schoolers, and hear how they model good behavior for younger family members. 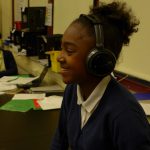 Thanksgiving is a time of year where tradition and reflection are both natural and important. Propel Pitcairn after school radio club members thought back and shared memories of Turkey Days past, as well as what things they are thankful for. 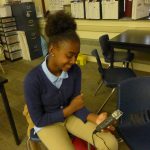 At Propel Pitcairn, we figured why wait to get excited about a holiday where you get to dress up like zombies or vampires (and in some cases "zompires") and eat tons of candy? After school students reflected on some of their favorite Halloween and fall memories - then looked forward to what their costumes might be this year. 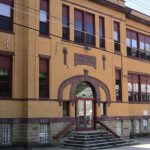 We've just started the year at Propel Pitcairn with an after school group of sixth, seventh, and eights graders! To get to know each other better, students wrote and recorded about how others would describe them, as well as their hobbies and interests outside of school.