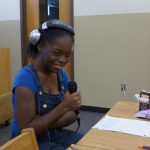 In the vastness of space... are we alone? Regardless of the actual answer to that question, we asked Perry After School students to create a story that in some way included an extraterrestrial being. 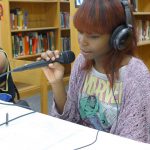 We asked students at Perry Traditional Academy in the North Side to tell us about their favorite hobby. There were a lot of creative answers in the room. What makes a hobby interesting? What advice might you give someone who wants to get involved in your hobby of choice?

Perry After School: In 10 Years 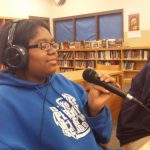 Perry After School: My Name 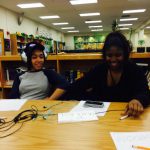 Whether it's a pet, a car, or a person - there's a lot of thought that goes into naming something. And when that name is your own, you don't even get to choose it! We asked out Perry Traditional Academy group what they knew about their own first names. Is there a story behind their moniker? Would they change their name and, if so, what would they change it to?

Perry After School: Relationships Round Table 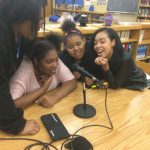 With Valentine's Day around the corner, our group of young ladies at Perry after school decided to have a conversation about relationships and the trials and triumphs that can accompany them.

Perry After School: The New Year 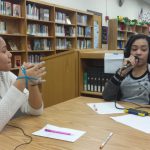 The new year can be a time of excitement, resolution, and reflection. We asked Radio Clubbers at Perry Traditional Academy to share their thoughts and hopes on 2016. 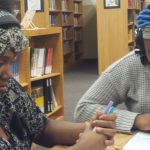 Christmas time is here. Students at Perry Traditional Academy's after school program took the time to share a Christmas story or memory that stands out to them. 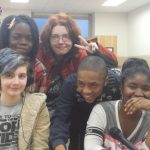 The first year of high school can be a tough adjustment for a young person. But with time comes wisdom - and Radio Club members at Perry After School have no shortage of that. 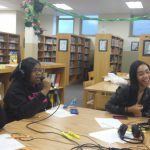 Students at the North Side's Perry Traditional Academy were asked to write and record about Thanksgiving. Some chose to write about Turkey Day's past, while others wrote about the history of the tradition - but each Radio Club member was required to talk about the future - and what they were looking forward to at this year's Thanksgiving.