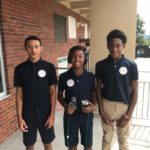 On September 13th, Propel Northside celebrated the opening of the Propel Northside Community Wellness Center. Our microphones were rolling to find out more about the exciting new initiative. 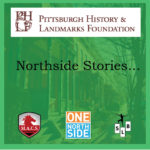 On May 7, 2018,in collaboration with Pittsburgh History & Landmarks Foundation, thirty-four 6th graders from Manchester Academic Charter School interviewed people who live and work on the Northside to learn more about its buildings, history and people. This audio contains excerpts from these interviews.This project was made possible with funding support from the McSwigan Family Foundation. 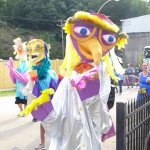 National Night Out is an annual event that happens in communities across the country with the goal of bringing neighbors, public safety workers, and neighborhoods closer together. On August 1st at the Carnegie Library of Pittsburgh's Woods Run branch, North Side residents and their families gathered for a parade, activities, music, and camaraderie. 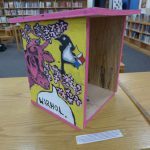 Students in Radio Club at Providence Connections wrote and recorded these acrostic poems about spring. First we had a discussion about what makes an acrostic poem (a poem in which the first letter of each line in the text spells out a word or a message – in this case, SPRING). Then, everyone wrote their poems and drew pictures to accompany them! Listen below to hear what everyone wrote.

During the 2014- 2015 school year, SLB, in partnership with Project Destiny convened a group of middle and high school students. While learning about digital audio recording, the group also spent time discussing attributes of role models and identifying adults with a connection to the Northside to be interviewed. With support as needed, students then arranged, conducted and edited the interviews. 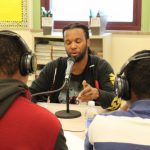 Northside Voices features first-person reflections from ten men as collected by fourteen boys. Project activities were conducted in collaboration with Allegheny Youth Development. Listen below for each man's story as well as reflections from the interviewers.