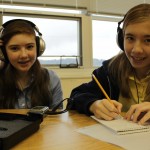 In Fall 2011, 7th and 8th grade students at Propel East in Turtle Creek took part in a Radio Journalism class taught by SLB Radio Productions as part of their Creative Arts curriculum. Participating students learned to use microphones, digital recorders and mixers while also sharpening speaking and interviewing skills. During their time in class, students used these acquired skills to interview their peers and teachers and write creatively in order to produce professional radio pieces. 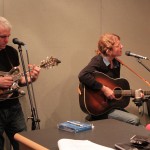 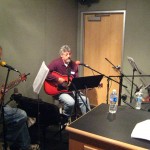 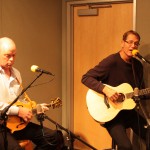 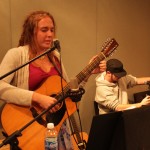 Joining us, E. May, a singer-songwriter talented in a number of instruments including vocals, guitar, keys, accordion, doumbek and riq. 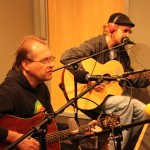 Known for his lyricism and perspective, Tommy Womack joins us with his classic approach to folk and rock, live on SLB.

Thanks for your support…

October 5, 2011 – 9:03 pm | 1,421 views slbradio Neighborhood Voices user
Pittsburgh Gives Day was a huge success! Working together, donor by donor, people in Pittsburgh and beyond contributed $4.4 million. With The Pittsburgh Foundation pro-rated match, this means the approximately 600 participating nonprofits will share $5.1 million! We'll let you know the total amount raised by SLB as soon as we know. If you participated, thanks! If you missed the opportunity, please feel free to make an instant contribution at a time that's best for you. And if you're not in a position to contribute, please know that your belief and participation in what we do means the world to us!

From There to Here… 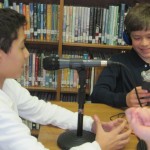 As part of their Spring 2011 Social Studies unit, thirty-one Winchester Thurston School fifth graders interviewed people who came to the U.S. from other countries. Here are excerpts from these interviews, and the students' reflections on this project. This collaboration between SLB Radio Productions, Inc. and Winchester Thurston School and was funded by the City as Our Campus initiative. . 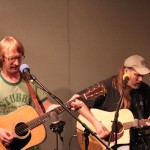 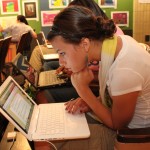 Twenty-six students about to enter their first year of college (and two older college students) created these radio features as Summer Interns at The Heinz Endowments. Because the Summer 2011 internship program focused on issues of sustainability, the resulting features cover a range of community and environmental issues. While SLB provided training and coaching, the features presented here were conceived and created entirely by the students in a single week.