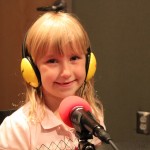 As part of a partnership between SLB and WQED, winners and runners up of the PBS KIDS GO! Writers Contest recorded their stories live our studios. Listen to these wonderful stories from regional children, grades K-3. 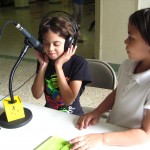 Children attending the Fitwits Family Night at Propel McKeesport discussed their sensory experiences and relationships with herbs. This project was a collaboration between Fitwits, Grow Pittsburgh,  and the Saturday Light Brigade. 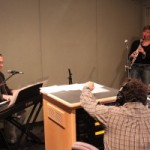 Intensity, virtuosity and an instinctive sense of style characterize the artistic dialogue between the German clarinetist Susanne Ortner-Roberts and the American pianist Tom Roberts. We're pleased to once again host the very talented Ortner-Roberts duo, live on SLB. 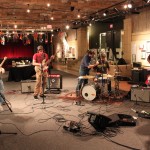 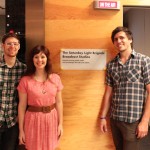 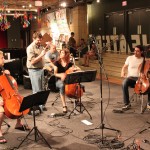 Cello Fury is a rarity in the music world: three classically trained cellists and a rock drummer performing high-octane music. Tune in as they perform live in our studios. 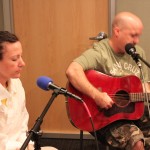 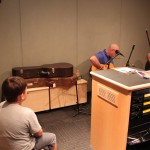 Country singer Jim Avett, a talent in his own right as well as father of famed brothers Scott and Seth Avett, performs live on SLB. 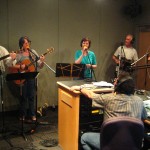 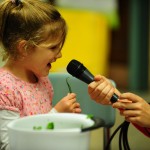 Grow Pittsburgh's 'Family Cooking Night' event gives children and adults a chance to prepare a large meal together and learn about different culinary styles, methods, and seed-to-table agriculture. Children attending Family Cooking Night at Pittsburgh Montessori discussed their sensory experiences with the herbs that were a part of their recipe for Indian Curry.