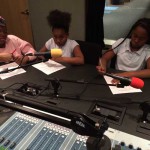 Today in Radio Club we talked about a time that we achieved something. Whether it was working hard to get a good grade on a test or just a proud moment, everyone had something inspiring to share! Everyone had a chance to run the mixing board and record their peers in the process. 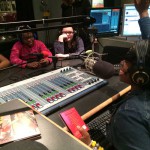 Today, students in Radio Club at Project Destiny got to see what it takes to run a radio program. Everyone got a chance to sit in the "DJ chair" and run the mixing board. We listened to CDs, chose music from the mp3 library and interviewed each other. As you can see from the photos, a lot of fun was had. We even learned about designing a studio and the materials used to make a room sound proof and radio friendly! 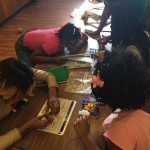 Today in Radio Club we built radios from a kit. Everyone worked in teams and helped each other to follow the instructions and put together a working radio! Then we had to listen to see if we could identify the stations we were hearing as well as how to improve the reception by walking around the room and changing the location of the antenna. Everyone shared at least one thing that they learned during the process. 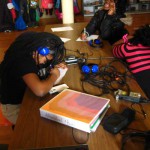 Students in Radio Club at Project Destiny wrote and recorded these pieces where they talk about what they listen to on the radio and what they would play on their own radio station. They drew time clocks breaking down the segments of their show. They also worked on creating a written self portrait. 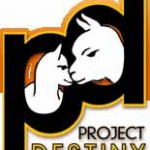 Students in Radio Club at Project Destiny wrote and recorded these pieces where they introduce themselves and describe themselves in three ways. These pieces are a result of the first of eight weekly sessions in which students will learn about the microphones, mixers and digital recorders used in producing features for radio.