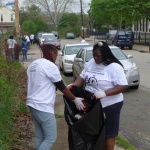 On Friday, April 21st from 9 to 11 AM, Westinghouse students took to the streets with gloves and garbage bags to clean up the trash around their school. This group of ninth graders were are part of the Youth Media Advocacy Project, a program that encourages students to express themselves and identify issues in their community they wish to change. In this case, students were concerned by the amount of garbage and litter in the neighborhood around their school, and decided to create an event to help change that. 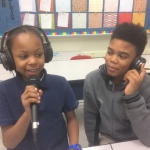 5th graders attending Westinghouse After School Academy wrote and recorded about their neighborhoods, their school and the changes they would like to make to them. 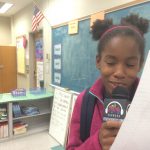 Students at Westinghouse participated in their second session of Radio Club! This time they were asked to write and record stories that would make listeners' hair stand on end.