Pittsburgh King After School: End of the Year Celebration 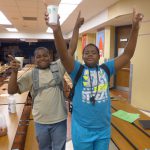 It's been a fun year with Pittsburgh King in the North Side. In celebration of their hard work and the start of summer, we had a party and listened back to their great work. 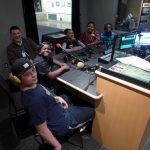 After a bit of a layoff due to state testing, our Radio Club at Pittsburgh King in the North Side reconvened at our studios. Students got to listen to some of their previous works, learn about the studio, and do some scratch recording. 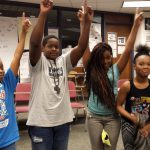 After students listened back to their podcast from the week before, Radio Clubbers decided to make a second episode - with even more hot takes and analysis on professional wrestling! 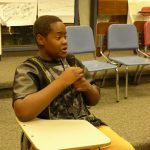 State testing is tough. With our King Radio Club students worn out from PSSA testing, we asked them what they wanted to talk about. The answer was a resounding "WRESTLING!" 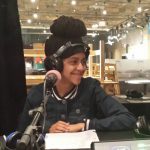 With all the nice weather, we decided to stroll through historic Allegheny Center over to the Children's Museum and have a studio day. There, King students put on their science fiction hat and wrote stories containing aliens. 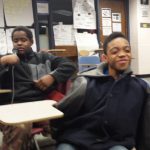 If you had to pick one super power, what would you choose? We asked students at Pittsburgh King the same question and got some really off the board answers. Our Radio Club members aren't interested in standard powers like flying or invisibility, but would rather have control over lava or be able to melt faces. 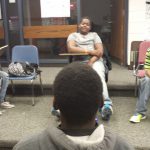 Students at Pittsburgh King got the chance to interview each other and learn some basic examination techniques. Afterwards we played the Who Am I? game, where students try to figure out which famous person they are by asking their fellow classmates questions. 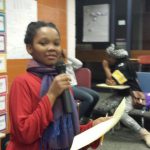 With the weather being as cold as it's been, we asked King students to imagine that tomorrow will be a beautiful summer day - for the last time ever. How would they spend one final day of sunshine before Pittsburgh fell into some kind of eternal winter? 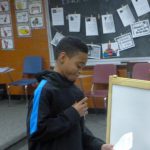 After Schoolers used that form to get creative with haiku poems of their own. Some King students used their works to commemorate sporting events, while others celebrated their friends.

Pittsburgh King After School: Dinner With Anyone 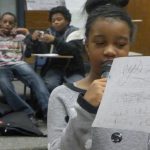 We asked After Schoolers at Pittsburgh King who they would have dinner with if it could be anyone that has ever lived. Some students chose family members while others chose athletes or celebrities to share their meal with.