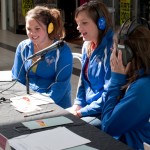 SLB visited the Washington County Children’s Exposition and captured stories from children and teenagers about a variety of topics.

Sleep-In for the Homeless 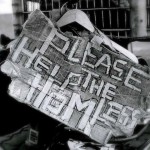 Coordinator David King joins us to preview Sleep-In for the Homeless, a unique fundraising event that assists Pittsburgh's homeless population. The Sleep-In takes place in the lobby of the City-County Building, downtown Pittsburgh. 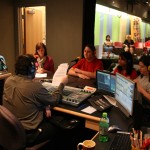 City Theatre's Young Playwrights Festival includes six performances of new works by middle and high school students, as well as workshops on various aspects of theatre. We'll be joined by a few of the winning playwrights, along with actors who will perform a select scene. 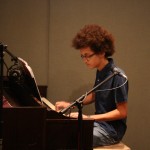 This week we're pleased to welcome two young and talented pianists, Erik Cochran and Joshua Scherrer, live in our studios. 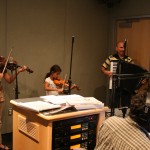 We're proud to host the Kosloskys of Plum Borough, as they join us to perform the Fiddler's Polka and other tunes, live in our studios. This family band is made up of 8 year-old Victoria on violin, her 12 year-old sister Sandra on violin, and their father Randy on accordion. 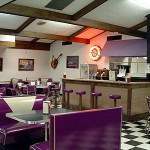 John calls in to give our listeners a sneak peak into the world of call restaurants. 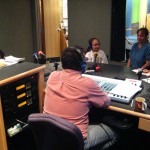 Kirsten Testa, a talented 5th grade artist from Jeannette, along with Judy Ross, Director of Marketing at the WMAA, join us to discuss this exciting series. The Westmoreland will host free, themed art activities that will teach children of all ages about art and give them the opportunity to create their own art project in the studio of the museum. 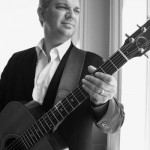 T. Mitchell Bell grew up in a small steel town outside of Pittsburgh. Mr. Bell's musical roots run deep: his great-aunt taught piano, his grandmother played piano at his church, his great-grandfather made fiddles in WV, and his father is a jazz drummer. Absorbing this familial history has enabled Mitch to write timeless country-folk songs with meaningful lyrical content. We're happy to host him live on SLB. 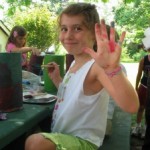 Paula Purnell and Margaret Zak of Sense of Place Learning, along with young campers from the Rachel Carson Bug Camp, join us to discuss their experiences this summer learning about and caring for bugs, as well as creating art and music inspired by these tiny creatures. 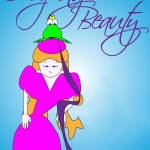 The Gemini Theater produces original, interactive, children's musicals which focus on artistic, cultural and educational themes. This week we welcome members of the cast of Sleeping Beauty as they preview their production of this classic story.