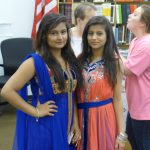 On May 18th, Brashear High School hosted Believe Brashear - an event showcasing the talents, hard work, and incredible diversity of the student body. Visitors enjoyed refreshments and also took in dancing and music from young performers. We were on site with microphones rolling. 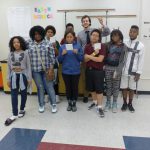 As we said goodbye to our Brashear students for the summer, we looked (well, listened) back to all the great work they did over the year. Students enjoyed refreshments and received a CD containing some choice recordings from our time together.

Brashear After School: Thoughts on Graduating 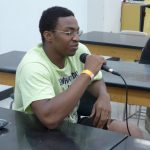 The end of the school year is always a little bittersweet. On one hand, there are no more early mornings. No more class. Then again, there aren't the daily interactions with friends, teachers, and classmates. Underclassmen will return to Brashear next year, but for those graduating it marks the start of a brand new chapter of life. 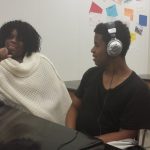 It had been discussed by a different block of After Schoolers earlier in the semester, but as the year comes to a close, other members of Brashear's Radio Club offered up some fresh advice to incoming freshmen. 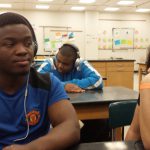 Our After School group at Brashear High School once again chose their own topic for a round table discussion. Listen as students share their own personal experiences with bullying in school. 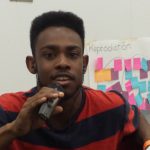 With a few hundred Nepali students, Brashear High School was uniquely affected by the recent earthquake near Kathmandu. Listen below as students discuss and reflect on the tragedy. 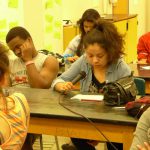 In March, the Youth Express microphones visited Ms. Heacock's ESL (English as Second Language) classroom to capture problem & solution essays that students had crafted over the course of the semester. Hear voices from Nepal, Mexico, Tanzania, & Jamaica as they offer their research and opinions on some of the problems facing today's youth.

Pittsburgh Brashear After School: In 10 Years 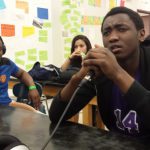 Students at Brashear gazed into the future and talked about where they see themselves in 10 years. Some Radio Club members seem to have it all figured out, picturing themselves in a wide range of careers like pilot, software engineer, or professional soccer player.

Brashear After School: When I Get Home & Stress 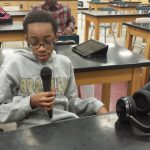 Since students were gearing up for spring break, they decided to discuss what they do when school is over and they get home. Some Radio Club members helped their younger siblings with homework, hung out with friends, or immediately got something to eat.

Pittsburgh Brashear After School: Overrated/Underrated & Discussion of Drugs in School 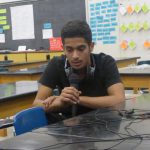 We asked Radio Club members in our first two blocks what they thought was overrated. The topic and subject were up to them. As you might imagine, there was a great variety of responses - everything thing from Tom Brady and the New England Patriots to blue jeans.