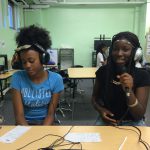 Wilkinsburg TIGERs summer campers are all about business. Upon choosing their line of work, each group drafted and recorded commercial advertisements. Business endeavors range from video game and shoe sales to an old fashioned ice cream parlor and even an on-call gas leak specialist. Check out these young entrepreneurs as they showcase their marketing savvy. 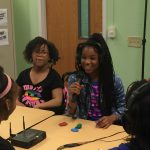 Wilkinsburg TIGERs have a knack for writing and performing. Hear some original haiku poems as well as an a capella tune from the camp's resident songstress, Ajarah. 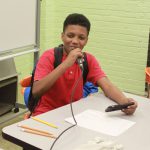 Wilkinsburg after school students let their imaginations run wild in this group story about an exceptionally strange day. Each student added their own piece to the narrative which included everything from farm animals & tornadoes to fancy cars & martians. Listen and enjoy! 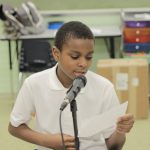 Balderdash! Students were each given a made-up word and used their imaginations to come up with an original definition. See what they came up with and how they used these imaginary words in a sentence.

Wilkinsburg After School: Three Things About Me 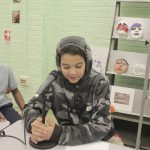 Students wrote and recorded three things about them and recorded a quick story about what would they do if they got left at the shopping mall all alone. 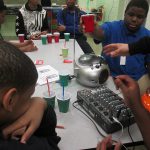 Students at Wilkinsburg after school program learned about the inside parts of a microphone and how it all works together. Building the microphones out of household materials using just two magnets, a length of copper wire, three washers, a nut, a bolt, plastic straw and cup. Then, after sanding off an insulating coating on their makeshift leads, they were able to test their finished DIY mics by connecting them to a mixer and speakers using alligator clips. 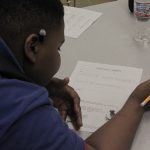 Students wrote in haiku poem format. It consists of three lines with the first and last line having 5 moras, and the middle line having 7. A mora is a sound unit, much like a syllable, but is not identical to it. 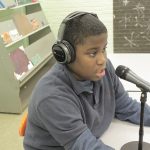 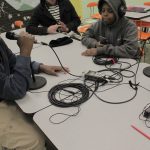 Students have radio talk about the past events on terrorism in Paris and about Sony making a movie about North Korean supreme leader Kim Jong-un.

Wilkinsburg After School: Police Brutality/Why We Are Scared of The Police 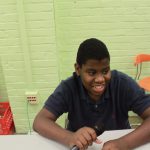 Students get into a deep conversation when talking about some events that happened over a couple weeks ago. They also talk on why they are scared of the police.