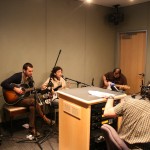 Lohio's music shifts between intimate, instrumentally rich folk songs and midwestern infused, Neil Young-esque indie rock. Singer/songwriter Greg Dutton's hushed vocals and the bands knack for tackling a range of genre's draws comparisons to artists such as Sufjan Stevens, Yo La Tengo, and Wilco. We're proud to host them live in our studios. 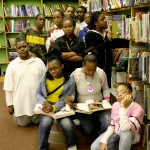 Students in 6th through 8th grade at Pittsburgh Manchester Pre-K-8 took time to reflect on the life of Dr. Martin Luther King, Jr. This StoryBox unit presents the resulting spoken essays about his life as well as through verbal interpretations of specific passages from Dr. King's speeches. 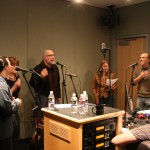 We're pleased to host the wonderful a cappella singing group, White Noise, live in our studios. This accomplished group, which has sang with the Johnstown Symphony Orchestra, performs standards and original compositions. 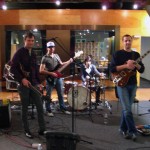 This week we're joined by the very talented Aaron Jenzten and his band, who make beautiful, cinematic pop music. Aaron's voice is deep and soulful, and serves as a wonderful vehicle for his insightful, poetic lyrics. 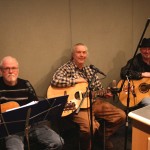 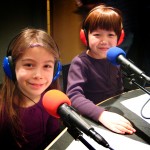 During the last week of 2009, SLB opened its studios for children to tell us about their hopes for 2010. Hear what they had to say. 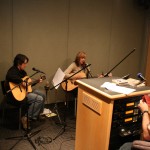 We're pleased to be joined by talented singer-songwriter Sue Gartland. Along with Eve Goodman on second guitar and harmony, Sue will perform her lovely folk songs live in our studios. 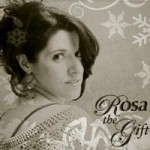 The very talented Rosa Colucci brings her all-star group down to our studios for a live holiday performance. Along with veteran musicians Jay Hitt, Dave Cutler, Bob Banerjee, Steve Fisher and Mike Lazzaro, Rosa will perform seasonal favorites with her band's own unique stylings. 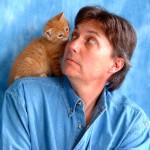 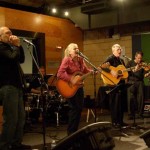