Wilkinsburg After School: My Neighborhood 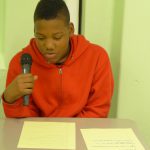 Students wrote and recorded what exciting things they already have and would like to have in their neighborhood. 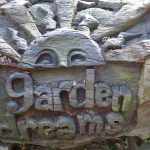 Sense of Place Learning took after school students on a field trip to Wilkinsburg's own Garden Dreams Urban Farm to learn about urban farming and it's importance in the community. While there, students toured the garden, planted vegetables, and even saw chickens! The Radio Club tagged along and recorded man-on-the-street style interviews for the fictional school radio station - WILK. Among those interviewed were fellow students and Bob, a knowledgeable member of the Garden Dreams staff.

In our first week of after school radio club, students shared and recorded what skills, experiences, and proficiencies they hope to gain over the course of the year. Everyone then had the opportunity to edit the wavelength audio. Some students are looking forward to creating music, while others are more interested in focusing on the technical element of audio recording. 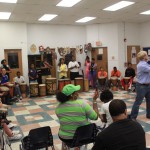 Students celebrate there last day at the summer program with African drumming, dancing, and there butterfly release. Also some students made up a song for there celebration. 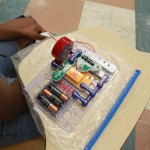 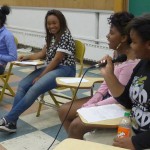 Students at Wilkinsburg wrote and recorded a quick story about one thing they would change about their school, and also some students made a freestyle rap/poem. 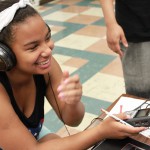 Wilkinsburg Summer Program: About me & Songs 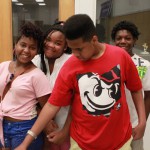 Students wrote and recorded three things about them and what they would like to be when they get older. Also short pieces of songs that students made. 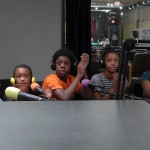 Kids from Wilkinsburg visited our studios. They learned about radio and got to use microphones and the mixing console. We also had fun singing and making up beats and songs. 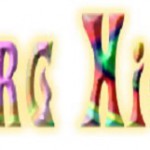 Students wrote and recorded these pieces about themselves.