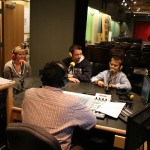 Meet a "big/little" pair matched by Big Brothers Big Sisters of Greater Pittsburgh and learn how you can make a difference in a child's life. This week, we're joined by Big Brother Tim Brett and Little Brother Michael, along with BBBS staff member Kristine Pace. 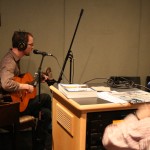 This week we're joined by the talented David Bernabo. David's music mixes experimentation with jazz and pop, and we're pleased to welcome him live in our studios. 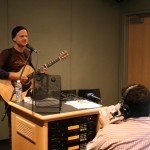 Well known Pittsburgh singer-songwriter Brad Yoder joins us as a surprise guest and plays a song from his new CD. 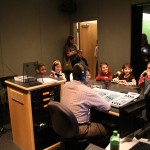 The Gemini Theater produces original, interactive, children's musicals which focus on artistic, cultural and educational themes. This week we welcome members of the cast of Velveteen Rabbit as they preview their production of this classic story. 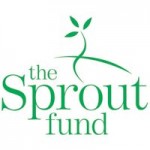 Mac Howison of the Sprout Fund, along with project managers Justin Kasznica and Amanda Long, join us to talk about their recently funded programs that support innovative ideas and grassroots community projects in Pittsburgh. 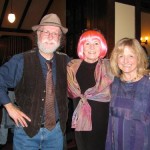 Based in Pittsburgh, PA, Anne Feeney is the granddaughter of an intrepid mineworkers' organizer, who also used music to carry the message of solidarity to working people. After two decades of community activism and regional performances at rallies, Anne took her message on the road. Since 1991 Anne has traveled to the frontlines in 42 states, as well as Canada, Mexico, Denmark, Ireland and Sweden. Join us as she performs live in our studios. 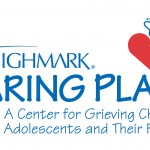 Stephanie Bodner and Emily Morrison, third grade students at Reserve Primary in Shaler, along with their teacher Kim Young, organizer Stephen Bodner and musician Slim Forsythe, join us to discuss the Caring Program for Children, which enables students to raise funds to help provide healthcare coverage and immunizations for children from low income families. 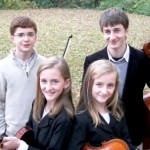 As part of our ongoing series with the Pittsburgh Youth Symphony Orchestra, this week we welcome the talented Hilal Quartet, a group of siblings who have been performing together for over seven years. 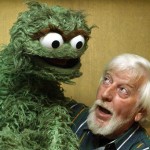 Caroll Spinney, voice and puppeteer for Big Bird and Oscar the Grouch from famed television series Sesame Street, joins us live in the studios to discuss his career and preview ToonSeum's upcoming event KA-BLAM III, the Return of Saturday Mornings. 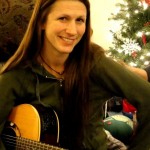 Cherylann Hawk's delightfully expressive performances have been charming audiences for over a decade. This week she joins us, along with three charming young singers, live in our studios.