Articles tagged with: After School

Pittsburgh Brashear After School: Dinner With Anyone 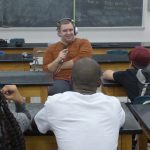 We asked our first two blocks of Brashear students if they could have dinner with anyone ever - dead or alive - who they would choose. There were some interesting responses, ranging from family members to Michael Jackson to Penguins goaltender Marc Andre Fleury. 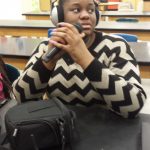 After Schoolers will be interviewing a Brashear alum next week, so students brushed up on their examination skills. Radio Club members learned about open-ended questions, following up, and listened to similar audio pieces. After the interview students will have to opportunity to edit their own recordings. 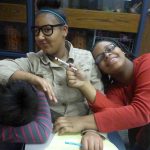 Miami, Las Vegas, and Germany were just a few a places King students said they would like to visit if they could go anywhere in the world. Some After Schoolers have some pretty trips laid out - even crossing the Atlantic Ocean by helicopter to go shopping in Paris! 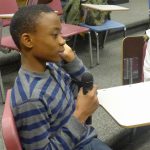 It's hard to believe but we haven't seen the King After School kids in about a month due to the holiday schedule. Students shared some of their ambitions with us for the new year. Their goals are wide-ranging; everything from trying new sports to learning more about professional wrestling. 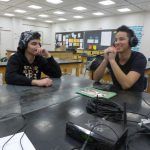 We opened the floor to students at Brashear High School and they came up with two great topics for this week's round table discussion; the pros and cons of social media and 2 hour delays. The perspective they shared may not be what you would expect, especially the consensus disapproval of a delayed start to the school day.

Pittsburgh King After School: My Neighborhood & Mayor of Pgh 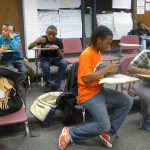 After School Radio Club students at Pittsburgh King wrote and recorded pieces about their neighborhoods. After everyone shared their writing, each student got a turn operating the recording device and producing while we had more of a round table discussion … 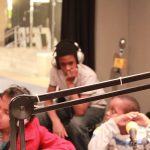